Sodium Chloride, also known as snow melt or rock salt, is a necessity in modern societies with winter weather. While applying salt to roads, walkways, and parking lots improves safety, salt is a menace to plant-life. Urban forestry and stormwater infrastructure heavily rely on roadside spaces to function. As a result, are severely damaged or killed by rock salt.

When dangerous winter conditions threaten safety, salt is a necessity. Safety is the top priority. When you must use salt, consider using TreeDiaper® to give your plants a better chance of survival.

In the winter of 2018-2019, TreeDiaper® saved plants along walkways and roads in Old Goucher of Baltimore, MD, according to the community coordinator, Mr. Mateusz Rozanski. Mr. Rozanski knew salt was killing his plants year after year, but TreeDiaper® but there was no way to save them until he found TreeDiaper®. 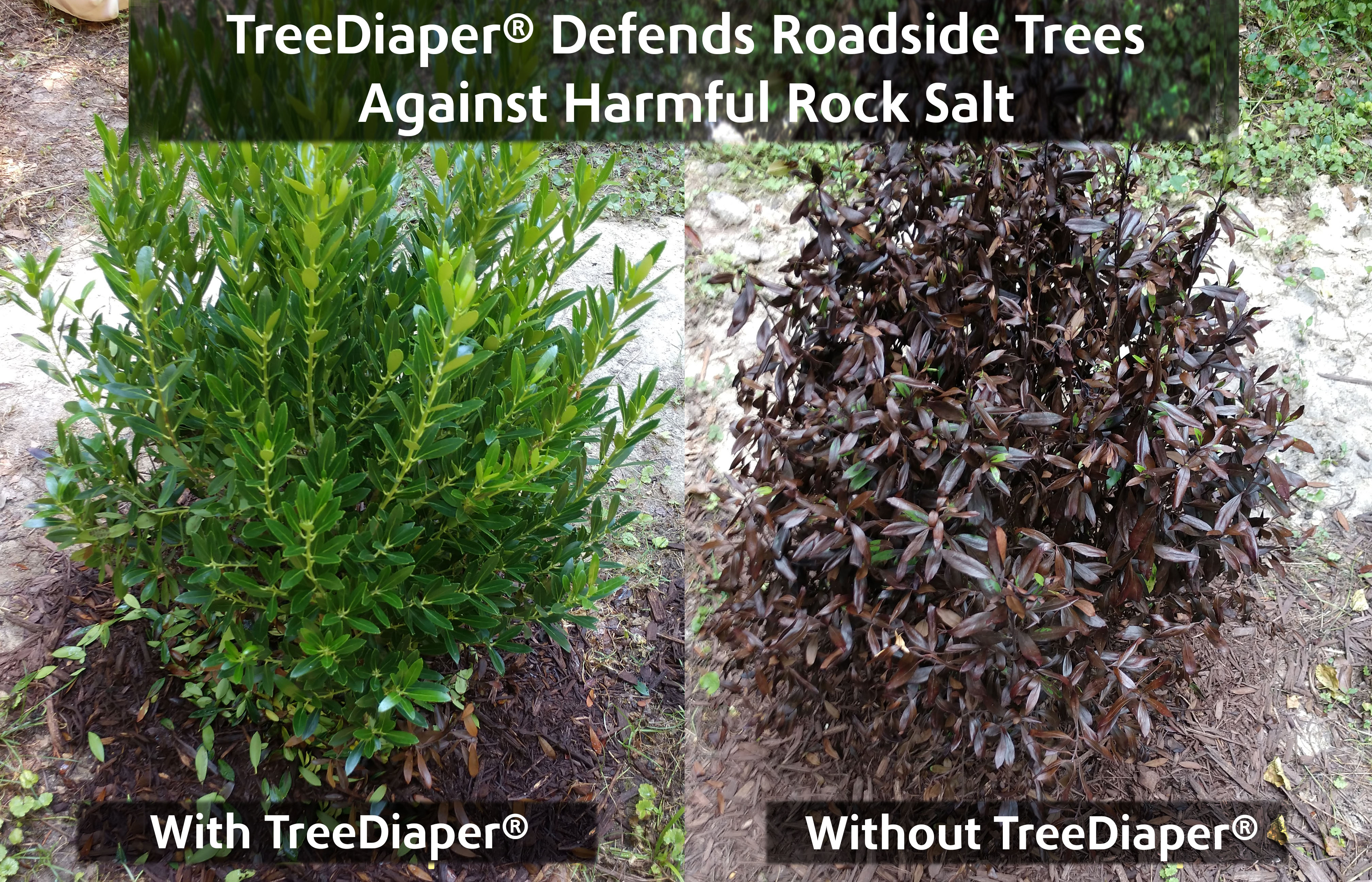