This case study has been carried out in collaboration with the Urban Forestry Department, City of Richmond, Virginia.

Richmond City performed a street tree planting project on Jefferson Davis Highway in 2012-2013. In August 2013, on road medium of a block of south side of Maury Street, TreeDiaper® TD36 was installed and covered with mulch. Adding the mulch on the top of TreeDiaper® TD36 can prevent vandalism and keep natural looking outside. On a road medium a block of north of Maury Street, standard watering bags remained on the trees.

Annual natural precipitation in Richmond of Virginia is generally above 40 inches. Seasonal drought occurred on July 2014 (~1" rainfall) and August 2016 (~1" rainfall) and severe winters occurred 2013-2014 (-15°C) and 2014-2015 (-10°C). Since the installation of TreeDiaper® TD36 treemats and by the end of 2016, trees on south side of Maury Street have not been provided any maintenance services such as watering and deweeding (grass mowing around the trees were kept as normal). The north side of Maury Street received regular maintenance services. 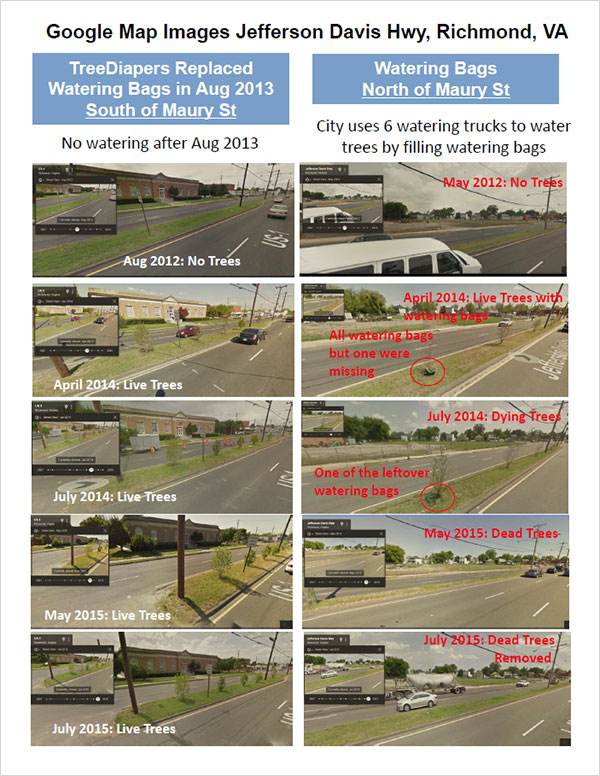 NOTE: the trees installed with TreeDiaper® treemats on the road median are alive as of June 2019 according to Google Map. But they are not THRIVING. This is not unexpected. Road median is always a tough condition for trees. In addition, The soil in this particular site is very poor. It consists of 80% of debris from road construction that was covered with 1" of top soil.

Google Maps view of North Block with watering bags (only one was ever caught in camera, the others were installed and disappeared in between the visits by Google) 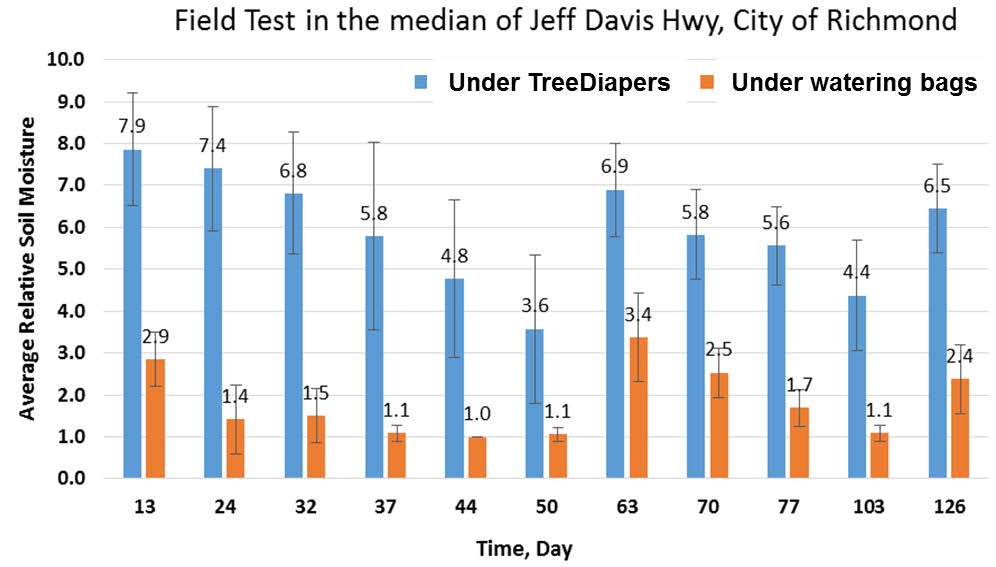 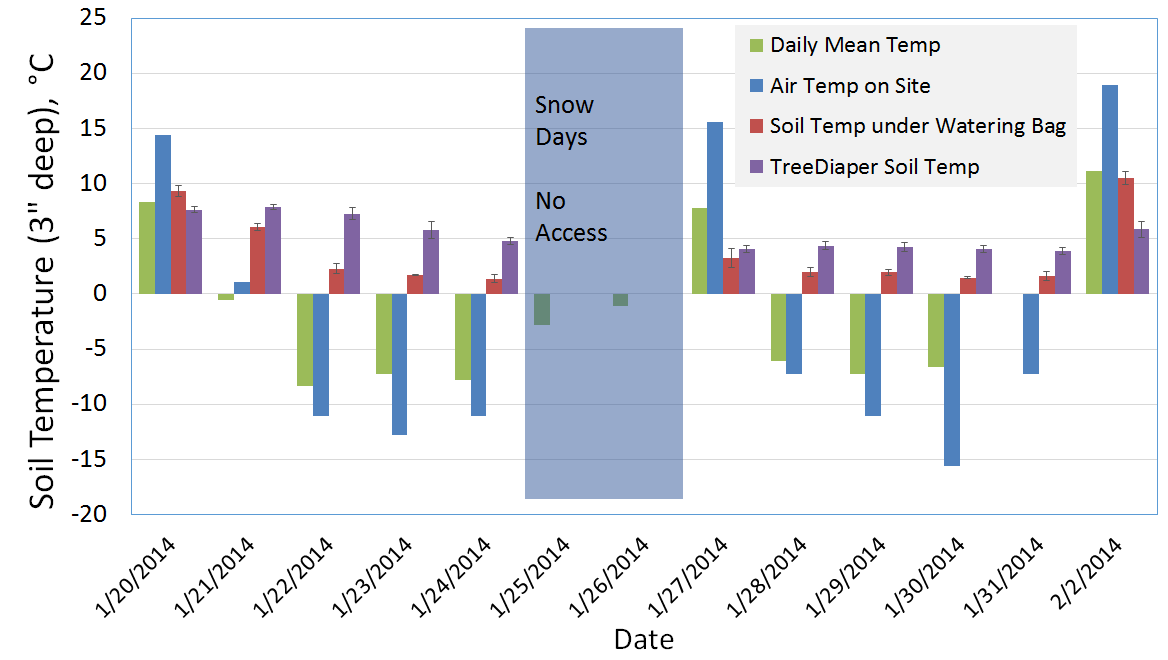 Figure 2. Soil temperatures (3" below soil surface) on Jefferson Davis Highway of City of Richmond in January-February 2014.

“The product may have its greatest utility where more extensive irrigation and plastic mulch systems are not available or not cost effective.”